The first few times we went to our campsite, we had a very nice time.  We enjoyed going up there during the fall and winter months in particular.  It was quiet and very private.  When spring came, we'd go up and clean up the debris from the winter winds.  We enjoyed raking the fir needles in the spring.

We'd take our gentle dog, Jake, up there with us.  He was quiet and stayed close by on the deck, or we'd take him for short walks around the campground.  We enjoyed being up there so much that we purchased a gas golf cart to ride around in.  Our children and grandchildren enjoyed going up there and would ride around to the different areas in the golf cart.

In the spring of 2013 something happened.  I don't know what caused the change, but we went up to do our "spring cleaning."  We visited with the security officer and asked if our property would pass any upcoming inspections.  He said "Yes.  Everything looks good."  Needless to say, we went home, feeling good about the way our place looked.

Two weeks later we received a formal notice in the mail that our campsite wasn't up to code.  It was a threatening letter saying that if we didn't comply within a few days time, we'd be fined.  The fines would compound with time.  According to their rules and regulations...our fire pit was too close to the "green belt."  We needed to clean up the debris in our area.  There was a list of things we needed to do.

We were stunned.  We'd completed all of the work items on the list less than two weeks before.  My husband was livid!  He called and was read the riot act by someone in the office.  The phone call didn't go well at all.

I composed myself and called Gold Bar Nature Trails back.  I talked to someone about our "infractions."  I explained that the security officer, Don, had looked over our campsite before we left and said everything looked good.  I asked her "What happened in the last two weeks?"

She told us she'd talk to the security guard and get back to us.  She called us back and told me to disregard the notice in the mail.  Our campsite was up to code.  She finally admitted that they hadn't even looked at our site in over a month.

A few months later we got a different notice in the mail from Gold Bar Nature Trails.  We had a rope tied between two trees because we had a large tarp that we'd pull over the campfire if it rained.  We were told we had to put hook eyes into the trees to secure the rope that tying the rope around the trees could hurt the tree.  My husband, who's been a farmer and lived in Upstate New York, knew that putting a hook eye in a tree could not only hurt the trees more, it could be dangerous to anyone that ever had to cut down the trees years from now, so we went up to Gold Bar Nature Trails and took the rope and tarp down.

We received other notices.  Finally, we decided that we didn't use the campsite enough to make it worthwhile keeping it, so we put it up for sale and let Gold Bar Nature Trails handle the sale of our membership at 768 Domino.

It took awhile for someone to buy our membership and lot.  Once they found a buyer, we drove from Rainier Washington to Gold Bar Washington.  It was a day with unusually heavy traffic on October 10, 2015.  My hips were in such bad shape that I could hardly walk into the office to sign the papers.  It was all I could do not to sob, I hurt so bad.  It took us almost 3 hours to get up there. We went right into the office, signed the papers and left without even seeing our trailer or lot.  Unfortunately, the ride home was longer than the ride up to Gold Bar.  By the time we got home, I could hardly walk to the house from our truck.

A few weeks passed and we received some paperwork along with a check for the sale of our membership and lot.  We didn't think much of it.  We put the check in the bank and went on with our lives until we received past due property tax notices from Snohomish County.

Today we received a HOT PINK notice from the Snohomish County Assessors office, requesting a copy of the excise tax paper, along with other property papers.  George called Gold Bar Nature Trails.  The woman he talked to said there was nothing Gold Bar Nature Trails could do to help us.  He told her he didn't want to have to hire a lawyer to help resolve this problem.  She got defensive and told him he was threatening her.  He explained that he wasn't threatening her, he just wanted to get this situation resolved properly.  She told him she'd call him back in the middle of next week with the name and number of the attorney for Gold Bar Nature Trails.

George took a deep breath and called the Snohomish County Assessors office.  He talked to a nice woman named Pat.  He explained what has been going on for the last 2 1/2 years.  He said we've contacted Gold Bar Nature Trails and called her office as well.  We just want to do the right thing to get the problem solved.

She implied that there might be a problem dealing with "Gold Bar Nature Trails."  She talked to him for awhile.  She told us that 768 Domino is now a vacant lot.  It has no trailer, or anything else on it, now.  George asked her how much we owe in any kind of taxes.  It was under $60.00, so George put a check in the mail today.  We finally got the property tax situation resolved.

The long and short of it is that we don't recommend dealing with Gold Bar Nature Trails.  Whether you're a member or not, they aren't an easy business to deal with.  The campgrounds have a lot of amenities, but their poor customer service, as well as the way they treat their members, leaves a lot to be desired. 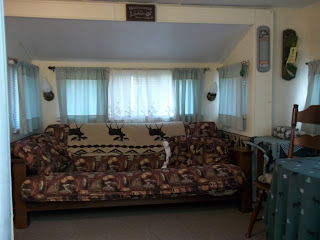 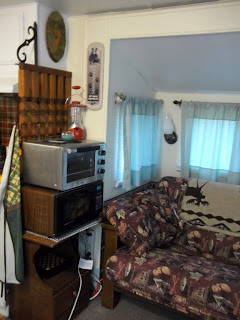 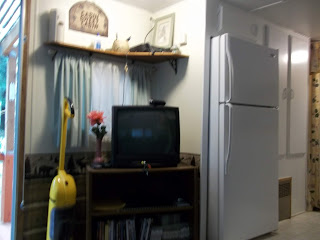 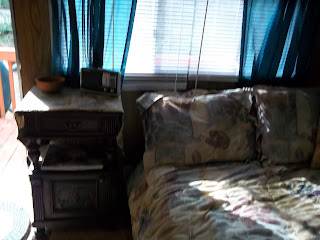 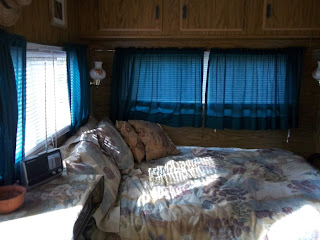 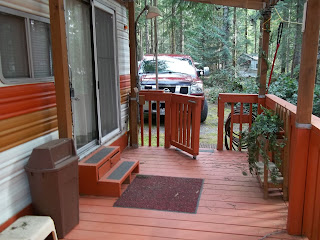 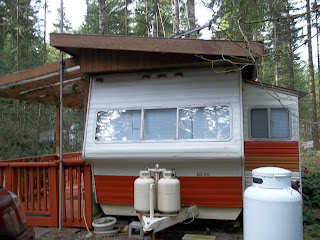 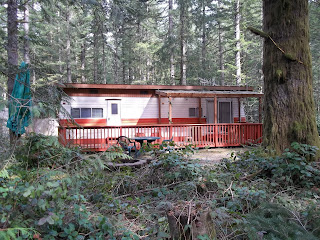 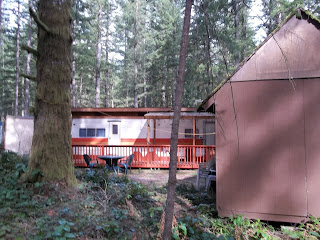 Posted by Linda Johnson at 2:50 PM