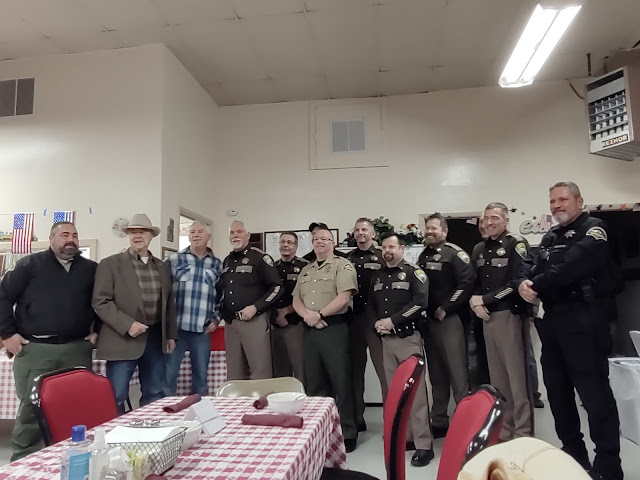 On January 5, 2023, retiring Thurston County Sheriff John Snaza was honored at a luncheon at the Senior Center of Rainier for his 12 years of service to our community.  John has participated in getting a resource office for our schools and started “Coffee with a Cop” so that our citizens could have direct one-on-one discussions about their community concerns.

We had a full house with standing room only.  Over 60 citizens from the greater Rainier area, Deputies from Thurston and Lewis Counties joined Gary Edwards, Vivian Eason, John’s brother Rod Snaza and our resource officer Frank Frawley all came to wish John well.  John was presented with gifts, an American Flag, plaque and a box signed by everyone in attendance that was filled with cookies.

The Senior Center of Rainier was honored to host this event.  We thank John for his dedication and service to the people of Thurston County.  He was not only a great Sheriff, he’s a wonderful human being.  We wish John continued success in his future endeavors.  He will be greatly missed.

Posted by Linda Johnson at 7:02 PM